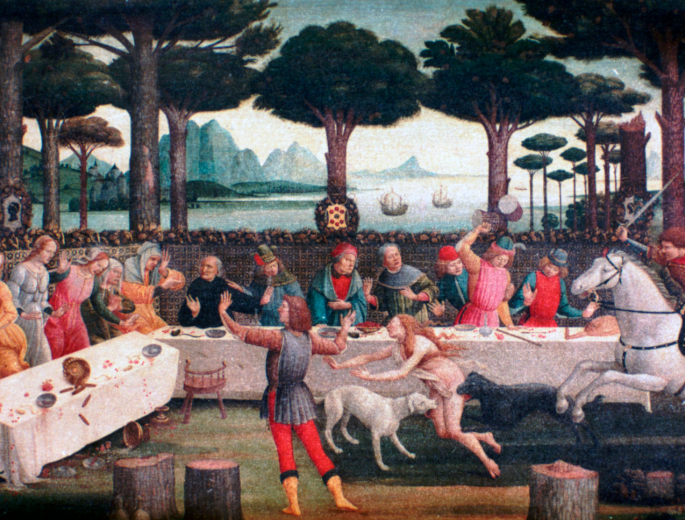 At the beginning of 1998, a group of musicians by the names of Questlove, D’Angelo, and Common found themselves working out of Electric Lady Studios, a Greenwich Village studio at 52 West Eighth St. in New York City. The historic studio was built by Jimi Hendrix in 1970 and has been used over the decades by artists like David Bowie, Stevie Wonder, and The Rolling Stones.

In addition to the history of the Greenwich Village studio, musicians are drawn to the freedom of collaboration encouraged within the studio’s walls. Recording booths were connected by a central lounge, creating a sense of community between artists who would have been working alone and as a result, lots of individual projects became collaborative ones as musicians passed from one recording space to another. Sessions like these in 1998 led to shared song fragments on the now-classic albums like D’Angelo’s Voodoo and Common’s Like Water for Chocolate.

The idea of how most artists create art often involves a lonely person spending hours at a piano or a laptop or a blank canvas in a small room, isolated from the rest of the world. Little do we know, great works of art are rarely produced like that. From Electric Lady Studios to the vacation homes of 19th-century poets, from the lofts of 1960s pop-art celebrities to the writers’ rooms of 1990s television shows, the collaborative art space is one where solo work reaches its peak and group projects show the power of artistic collaboration.

Due to these successes, companies in creative industries are looking for spaces where they can create that kind of atmosphere. In September 2018, Imagine Entertainment set out to do this when the production company launched its Imagine Impact program for television and film writers. Inspired by how fast Silicon Valley’s startup culture moves ideas forward, Imagine co-founders Brian Grazer and Ron Howard wanted to bring this streamlined creative process to the world of Hollywood screenwriting, giving writers time, mentorship, and space in which to push their pages toward the screen.

“There are a lot of entrepreneurs, like writers, who have great ideas, who have skills—but they don’t have access to people who have done it before, who are experts at navigating the system and giving good notes and creating a constant feedback loop,” says Imagine Impact program head Tyler Mitchell.

Collaborative spaces have always been prominent spaces for great writing. In the summer of 1816, Mary Shelley, Percy Bysshe Shelley, and Lord Byron convened in Switzerland for several months of rest and inspiration. The results became legend: Mary Shelley produced the pieces of what would become Frankenstein, Lord Byron and Percy Shelley started working on some of their most influential poems, and Byron’s physician and friend, Dr. John Polidori, wrote “Vampyre,” considered the first vampire story ever published.

In the 1960s and ’70s, Andy Warhol rented a series of spaces across Manhattan—the first cost just $100 a year—that became known as “The Factory.” Warhol’s famous screenprints were produced in a group by his assistants, who were in turn, cast in Warhol’s film and music projects. Anyone who passed through The Factory could find themselves in part of a work of art. Collaboration was encouraged not just by how close you were but by security. Everyone there agreed to share space in exchange for finding their next big idea and were able to feel invested not only in their own projects but in their friends and “coworkers”.

In a recent example of the power of working in a shared space, the writers’ room of David Chase’s hit HBO show TheSopranos helped launch the careers of Mad Men creator Matthew Weiner and Boardwalk Empire showrunner Terence Winter.

For Imagine Impact, getting writers into the room where it all happens is just the first step. In what might be described as an entertainment-industry “boot camp”, the newer writers are paired with veteran screenwriters and showrunners and are tasked with getting signed by agents and, in some cases, deals with studios.

It’s no wonder that some of the greatest artists created their most memorable work by collaborating together. Whether it’s bouncing ideas off one another or simply being around another artist to be your muse, shared workspaces really can spark some meaningful work.

Many people have seen the need and realize what comes out of collaborating so we call these places Coworking Spaces in today’s terms.

With the rise of trendy co-working spaces in recent years, the benefits of these environments have become popular. While these companies promise opportunities for networking, career advancement, and idea exchange (not to mention a pretty place to do it in), research has found that the people using co-working spaces—like freelancers, entrepreneurs, and remote employees, experience creativity. Let’s also not forget to mention the affordability of using coworking spaces over renting an actual studio space. Places like Mesh Cowork have plenty of spaces that would work great as a studio or stand-alone desks to catch up on emails or whatever else you would need that you cant get in a distracted apartment or coffee shop.